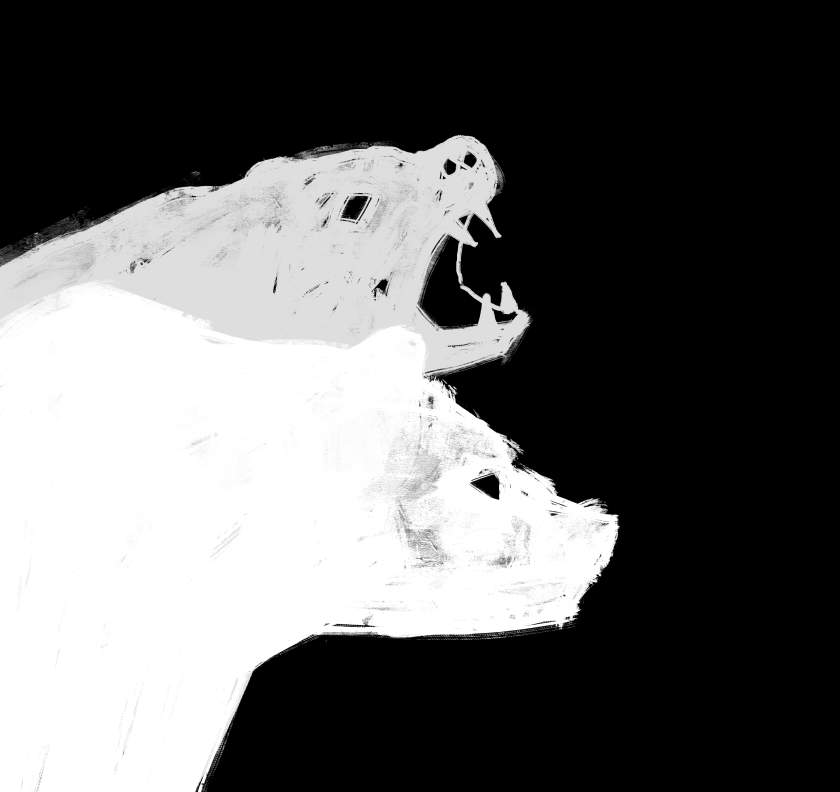 Stepping off the Great Wall, Chris turns to me.

“Want to see the bear park before we go?” he asks.

I shrug. He leads the way. It is only a short walk.

Inside, we walk past pit, after dirty pit, of bears. A PETA-activists nightmare, or wet-dream, depending on the activist.

The bears are as grime-caked as the pits they live in. There are jungle gyms in each pit, the old rusted kind that no respectable parent would let their kids near. But, bears aren’t respectable parents, so they climb, roll, and lounge about. I don’t see any food.

Chris excuses himself to the toilet.

I approach the nearest pit. A tower rises up from the center. Atop it, a bear; completely black and overwhelmingly large. I step back. It looks a safe distance away. But, I’ve never watched enough animal planet to be sure of anything.

There is a little girl to my left eating a bag of small apples. The bear is watching her. She takes an apple and tosses it.

The bear stands up on his back paws and catches the apple in mid-air. I find myself clapping involuntarily.

A moment later, something else flies toward the bear. He catches it. He puts it in his mouth, then, spits it out, gagging.

On the other side of the girl, a group of teenage boys are snickering as they ball up a new bit of garbage.

The bear eats it.

Then the boys start tossing more trash, one after another.

The bear catches all that comes his way with unwavering deftness and, each time, tries to eat it. The boys are beside themselves with joy. The girl continues to throw apples, more determined.

The bear can’t figure out who is throwing what.

I light a cigarette and watch.

A crowd has formed. They are all taking pictures and videos of the bear’s plight and giggling.

The bear finally turns and looks at me. The thick hair of its face, matted in all sorts of uncomfortable directions. It looks confused and angry, but somehow, hopeful.

My cigarette is done. I flick it at one of the boys about the throw a piece of trash. He stops and yells something at me in Chinese.

I walk over to the closest stall and buy two dozen small apples. I walk back to the pit and shake them at the bear.

He stops paying attention to the crowd and watches me. I turn the bag upside down and empty it into the pit. The bear climbs down the tower with humbling speed and starts scarfing down the apples.

The boys glare at me. They try throwing a few more pieces of trash, but they just bounce off the bear’s back

The crowd grows bored and everyone leaves; selfie-sticks, sheathed.

The last to go is the little girl. Her bag of apples, almost gone, hanging beside her. She is crying.

She doesn’t look at me. She walks off.

7 thoughts on “Bears at the Great Wall of China”