Ernie was odd in the sense that he was not that odd. He wound up in the Kevorkian Clinic because he’d tripped at home and snapped his arm in three places. This is where they sent him, to die with the rest.

But, Ernie was on his feet in no time. The rest of the clients lounged about waiting for their medication but Ernie just followed me around and helped with every task. You wouldn’t know anything was wrong with him by his looks. He was tall with a swoon-worthy jaw line and lively eyes. The woman from HR said he’d even been married once.

The only thing that tipped you off was that Ernie never shut up. Most of it was complete nonsense; a jumble of different words all mashed together.

I don’t know if he’d always been this way but, he certainly was now. As he’d follow me around, blathering, on I’d nod and placate him with numerous mhms and yeahs. The one thing he seemed to love saying amidst the gibberish was

Just like that. He wouldn’t just say it, he’d shout it and then return to his blathering.

One day, as I passed his room, I heard Ernie talking to someone. Now, for the Kevorkian Clinic, this was not unusual. Clients talked in their rooms all the time.

Two things made me suddenly suspicious. One, Ernie never talks only to himself, he likes an audience. And two, someone was talking back.

I slowed to a stop and listened. It was a funny voice with a funny sort of accent.

“You said the word, so now I’m here. Make your wish so I can get on with my day, dammit. I am busy man!” the voice demanded.

I didn’t recognize the voice and I didn’t like the tone. I pushed opened the door and found a crooked old man in a blue robe and pointy hat standing over Ernie’s bed leering down at him. Suddenly Ernie hollered.

“Very well then.” Said the old man. Then, he vanished.

“What the hell! Ernie, who was that?” I demanded.

“STATUE OF LIBERTY!” Ernie cried. He was pointing out the window.

I followed his finger and, sure enough, The Statue of Liberty sat in the front yard of The Kevorkian Clinic, one arm triumphantly brushing the sky.

For more like this (and for some background) check out these two stories: 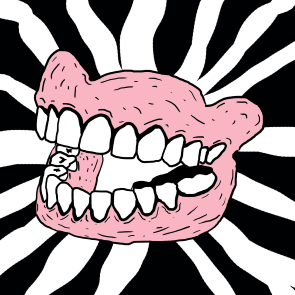